Have a question about bail or bail bondsmen?

Check out our FAQ (Frequently Asked Questions) below:

How much do bondsmen charge in Virginia?


What information should I try to know before contacting a bondsman?

In order to speed up the bail process there is certain information that you should try to collect before calling your bondsman. Bondsmen usually like to know:


How does the bail process work? 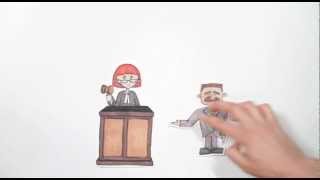 Yes! At Apex Bail Bonds we accept all major credit cards and can process your payment by phone or in person. Simply call (434) 548-APEX to speak to a licensed Virginia bondsman and ask about credit card payments for more information.


What do bondsman accept as collateral?

On larger bonds, collateral may be required. In those cases, bondsman general accept any "real" or physical property that has value as collateral. Some examples include:

Does Apex Bail Bonds have a bondsman near me?

At Apex Bail Bonds we pride ourselves in providing fast, affordable, and easily accessible bail bonds services throughout Southside Virginia. Our service area by county includes:

How do I get a bail bond?

There are several ways to post bond. The easiest and most common way is to use a licensed bail bondsman who will charge you only 10% of the bond amount. Other ways to post your own bail include: